From Bar Outreach to Aspiring Biographer: A Reintroduction 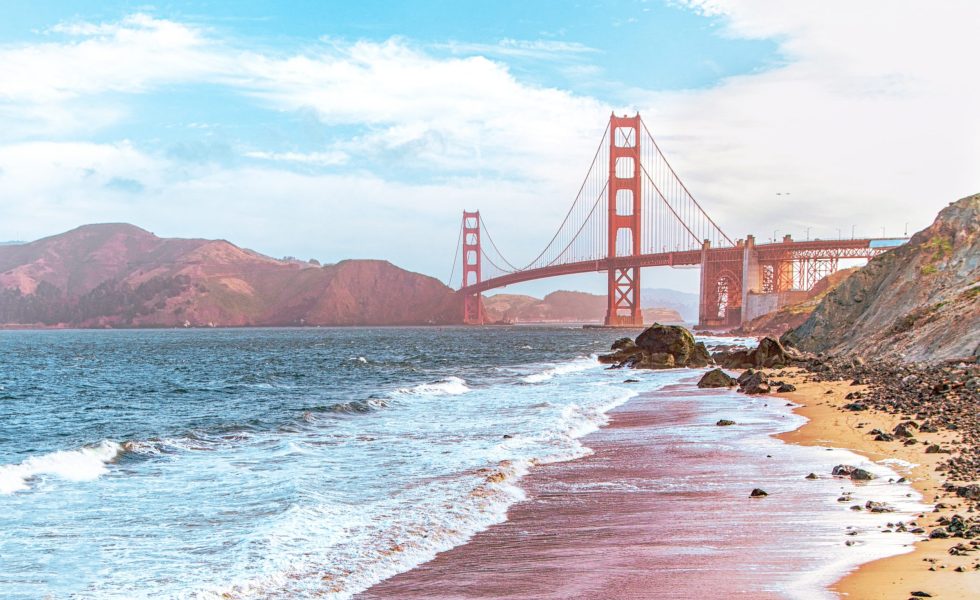 When I set out to write the biography of Randy Shilts, I knew it would be a journey. Somewhere along the way, it became the most important work I think I’ve ever done. In the five-plus years since I started this research, I’ve managed to log over a hundred days of book-related travel, which included visits to several archives and such landmarks as the San Francisco Chronicle, where he became a famous journalist, and “Chez Rondey,” the house he bought and lovingly renovated in Guerneville, CA. Along the way, I’ve also recorded oral history interviews with more than sixty people who knew Randy, some for better and some for worse. In chronicling Randy’s story, I’m hoping to do justice to how, despite his very human insecurities and frailties, he tried to seek justice for those who needlessly died in that pandemic. In a news environment that hardly seemed to give a damn, he amplified these stories by making hospitals and clinics part of his regular beat, bringing the plight of frontline healthcare workers and grieving families to the front page at a time when most AIDS stories were focused narrowly on the science of the disease, and not its politics.

At this point, a full draft of the manuscript is about 75% complete, and my literary agent, George Greenfield of CreativeWell, Inc., has been working diligently to find it a home. But sadly, over that time I have neglected this blog, which I created as a space for my reflective writing when I was still in grad school. So, today marks a sort of reintroduction to me and to this blog: the rebirth of Wine and Proses, my home for sharing stories. I hope you’ll find it interesting and join the conversation with a comment below.

As much as I hate talking myself up, I’ll start by telling you a little bit about who I am, and why I thought I could write a great book about Randy Shilts. In a few key areas, I felt like we had some experiences in common, which made it easier to see the world from his point of view. Although he and I were born a generation apart, I, like Randy, was also a gay kid with a Midwestern upbringing. In the early 1970s, Randy left Aurora, Illinois, for Portland, where he soon came out both to himself and to all of his friends before enrolling at the University of Oregon. I came out in the mid-1990s and went to Michigan State University where, like Randy, I started out as an English major who had some early success as a student activist. Under the slogan “Come Out for Shilts,” Randy got himself elected to student government and helped to establish the first LGBTQ organization on the U of O campus. At Michigan State, I co-founded and led its first LGBTQ student literary magazine, which we called Q-News.

Another similarity is that in our early days, Randy and I both aspired to become novelists, but ended up taking different career paths. He became a pioneering journalist, who brought coverage of gay politics and culture into the mainstream at the San Francisco Chronicle and wrote three successful books: The Mayor of Castro Street, And the Band Played On, and Conduct Unbecoming. I decided to take my interest in the complexities of human relationships, along with a desire to help build healthier queer communities, into the social work profession. It might seem like this was the point where our stories diverged, except for one important element: the HIV/AIDS pandemic.

I got involved in HIV nearly 20 years ago because of a social work internship, which in turn led to my first paid gig doing outreach, education, and testing at gay bars and Pride festivals. (We’ll save the story about dildos, blow-up dolls, and Blowpops for another time.) It was these experiences that made the pandemic more personal for me, and as a result, I began to understand how Randy had played a role in its earliest years. When I was first starting out, it wasn’t unusual for older colleagues to say, “If you want to know why things are the way they are around here, you need to read And the Band Played On.” By this, they meant that our jobs carried a political meaning, and it was imperative that we center the experiences of people directly affected by the pandemic in our work, especially when it involved dealing with policymakers and the media. I ended up spending almost 10 years working in HIV/AIDS service organizations, but unfortunately, even as I was experiencing some big professional achievements, my personal writing had begun to wither.

This made the decision to go back to school for my Doctorate sort of liberating, because I went from doing a lot of managing and coordinating to taking a deep dive into research and writing. By 2012, I had started exploring the history of gay and lesbian community services between Stonewall and AIDS, a topic I thought was interesting because so much of what’s written about LGBTQ history has focused on political activism or popular culture. But early lesbian and gay liberationists were also trying to start their own clinics and social service organizations, where gay people could find support from providers who understood and wouldn’t condemn them.

Interestingly, some of the most in-depth stories I found on these topics were written by Randy. Looking closer, I could see how he’d begun to unearth the “social” disease of HIV/AIDS, half a decade before its full impact would be realized. “I wonder what Randy’s biography says about this,” I said to myself, but at the time I couldn’t find one. Even after learning of an academic biography that was in the works, I realized that I had different interests from other researchers. I wanted to explore how the developmental milestones, intimate relationships, and professional influences that shaped Randy Shilts’ growth and maturation intersected with the history-making rise of gay liberation to make him one of his generation’s most successful and controversial authors.

From the outset, I knew that I would need to take a more intimate approach to my research. In reaching out to Randy’s loved ones, I started with the assumption that they might still harbor some complicated feelings, given that he was famous for chronicling and eventually dying from HIV/AIDS. Drawing on my experiences in social work, I began by offering compassion and respect for each individual, taking a sincere interest in them and their own lives as a way of making a safe space for them to share their stories. In many instances, this has given people permission to share their deeper feelings and more conflicted memories. By taking this approach, I’m hoping that these oral histories will bring Randy’s story to life, adding context and color to the materials I found in my archival searches.

When the Band Hit the Road

The working title for my book is When the Band Played On: The Life and Times of Randy Shilts. I’m sure there will be some editorial changes once a publisher picks it up, but for now this is my story, and I’m sticking to it. Here’s why.

When people ask about my project and I say the name “Randy Shilts,” they almost never know who I’m talking about. When I say “And the Band Played On,” if they are of a certain age,  there’s often an emotional reaction. Then, they tell me about someone significant in their lives: the uncle who’d moved out west, but then came home to die with lesions on his face; the roommate in New York, who they took care of in his final months; or the older cousin from Milwaukee, whose funeral they weren’t allowed to attend.

People sometimes credit Randy’s enduring influence to his portrayal of Gaetan Dugas, the misattributed “Patient Zero,” whose sexual behaviors had been documented in CDC contact tracing years before Randy wrote his book. I’ve come to realize, however, that for many, the words And the Band Played On don’t immediately conjure memories of Gaetan. Instead, they often think of a loved one they lost. At a time when the words “AIDS” and “gay” were practically synonymous, Randy’s work helped them to see these deaths not as an immoral plague, but as a failure of political leaders to care for those who were on the margins of society. Fast forward to 2020, and here I am now, working on the story of a journalist who covered (1) a movement that rose up to fight back against unchecked police violence; (2) a pandemic was spreading unchecked while the government played politics; and (3) the persecution and exclusion of a population from civic participation via military service.

The vignettes I’ll be sharing in this blog aren’t excerpts from the book, but they’ll provide some “behind the scenes” glimpses of my work over the past five-plus years. If you find them interesting, please comment below or reach out to me directly. And if you like what you see, I hope you’ll take a moment to share it.

← The Summer I Bought New Pencils
Far From Home, Facing the Unthinkable: My 2016 Election Story →

2 Comments on “From Bar Outreach to Aspiring Biographer: A Reintroduction”